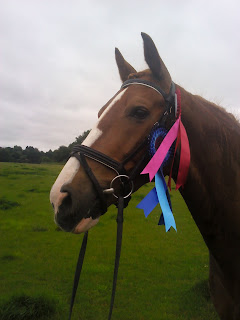 Alf went to East Soley and certainly snorted lots! He won both the Novices but not with his normal high % due to a little spooky today as this was his first time at this venue and something had gone wrong at the yard and he hadn't been given his Calm Cool and Collected brain food for a couple of weeks.

Very pleased with himself two weeks later to win his first Elementary with 69.2% and second in Elementary 50!

Delboy went to the Addington pre Regional Championships warm up and broke his own record by winning Novice 39 with 76.55%! What a horse.

He was such a cool dude a week later at the Addington Central Regional Championships. Faultless from start to finish, but perhaps not quite as relaxed and through the body as last week, due to the excitement of  his first regionals atmosphere. The three judges combined scores gave 68.26%. So so proud of him as he really gave me everything he has. 16th out of 40. I was hoping for top ten so must admit was a bit disappointed as it was a mistake free test but i will take the comments on board from the one judge who marked us lower. The standard was quite mind blowing with horses of international calibre in the top 20, so have to be pleased that my Delboy was amongst that bag! 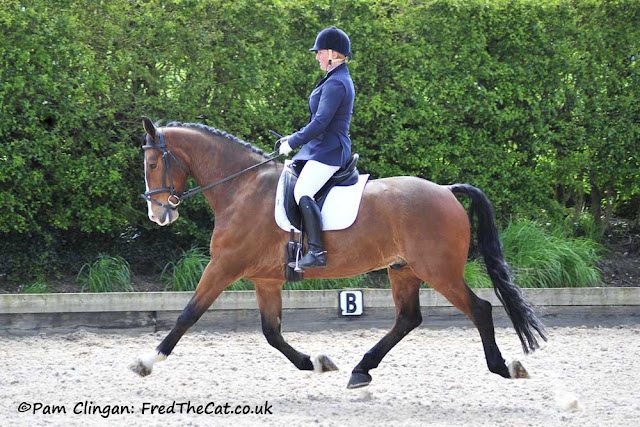 Posted by Tracey May BHSIT BD Registered Dressage Trainer at 06:04